More Than $6 Billion Bet on Super Bowl LIII: How Sports Betting is on the Rise

Gambling has claimed its stake in the American way of life and sports betters know that all too well. It is no surprise that sports betting is extremely popular, especially in the NFL. Americans wagered roughly $6 million alone on Super Bowl LIII.

The game between the Rams and the Patriots was a hard fought one and sports betting was going crazy. Everyone has their own opinions and wanted to stake some money on their claims of who was the best.

When it boils down to it, sports betting is not about to find its way out the door. While it may not be fully legalized in all states in the United States, it is sure heading that way. In addition, sports fans will continue to bet on sports whether the activity is considered legal or not.

It was predicted than roughly 1 in 10 Americans would place a proposition bet on Super Bowl LIII. Proposition bets are not your traditional bet that states that the Rams will win, or the Patriots will win. These types of bets are unique in nature because they focus on other aspects of the game.

For example, a proposition bet would be one like this:

When broken down into the simplest of terms, about 1 in every 6 people who watched the Super Bowl had some type of money on the game.

One of the unique things about the Super Bowl is that traditional and avid sports bettors are not the only ones who want in on the action. In fact, the Super Bowl brings out the betting spirit in many. For instance, you may find that your dad, cousin, and uncle all want to make a bet too. You will even find that someone who never watches football has a say in the matter too.

While sports betting is illegal in some states, it is important to understand that it is becoming much more commonplace. Individuals continue to play sports bets amongst themselves and their coworkers or friends despite the legality of it all.

Contrary to some beliefs, sports betting makes the game fun for individuals and people who love sports love to bet on them as well.

We talked about proposition bets a bit above and one interesting thing is that betters can also make bets on things that are not related directly to the sport itself. In fact, some of the proposition bets from Super Bowl LIII included what commercial would air first and how long the national anthem would last for. As you can see, many individuals have fun with the whole thing, and they make the game their own by coming up with proposition bets. Sports betting has always been a thing, legal or illegal, and will continue to be a thing. Fortunately, though, sports betting is starting to become more modernized and not as taboo as before. Soon, it could be legalized everyw 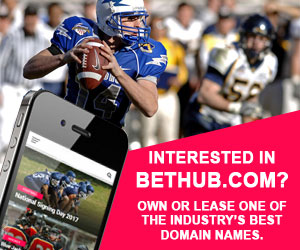 MMA Bet on the Table? Tips to Help You Win Your Next MMA Sports Bet
Online Horse Betting: Can You Take Advantage of the Opportunity?